The Distinguished Speaker Series is a one-of-a-kind series that features global business leaders, knowledge leaders and influencers sharing their insights and thoughts on various topics such as leadership, resilience, diversity and inclusion, wellness and self-care, with a focus on women’s empowerment and gender equality.

Join us at our Distinguished Speaker Series (DSS) featuring Mr Piyush Gupta, Chief Executive Officer and Director of DBS Group, in conversation with Haslinda Amin, the Chief International Correspondent (SEA) with Bloomberg, on Saturday, 11 September at 9am!

The insightful discussion will cover male allies, female leadership, learning culture amid the digital age and more. Sign up now at https://bit.ly/SeptDSS.

Mr. Piyush Gupta has been Chief Executive Officer and Director of DBS Group since 2009.

DBS is a leading financial services group in Asia, headquartered in Singapore. Recognised for its global leadership, DBS has been named “World’s Best Bank” by several global publications like Euromoney and Global Finance. The bank is at the forefront of leveraging digital technology to shape the future of banking, and was also named “World’s Best Digital Bank” by Euromoney. In addition, in 2019, DBS was listed among the top ten most transformative organisations of the decade by Harvard Business Review.

Prior to joining DBS, Piyush had a 27 year career at Citigroup, where his last position was Chief Executive Officer for South East Asia, Australia and New Zealand.

Piyush has a Bachelor of Arts (Honours) Degree in Economics from St. Stephen’s College, Delhi University, India and a Post Graduate Diploma in Management from IIM, Ahmedabad.

Piyush was named one of the world’s top 100 best-performing chief executives in Harvard Business Review – 2019 edition of “The CEO 100”. In 2020, he was awarded the Public Service Star by the President of Singapore for his meritorious services to the nation. He was named Global Indian of the Year by the Economic Times in 2021, Singapore Business Awards’ Outstanding Chief Executive of the Year in 2016, and Singapore Business Leader of the Year by CNBC in 2014. In his personal capacity, he takes a keen interest in nature, and is a Co-Chairman of the BirdLife International Advisory Group. 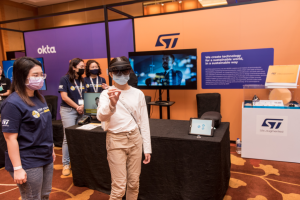 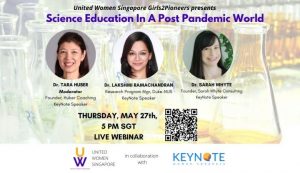 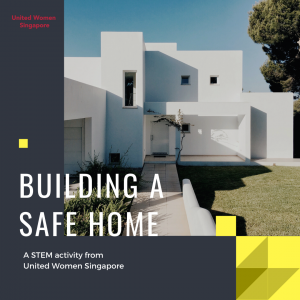 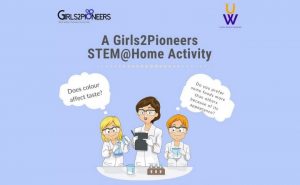 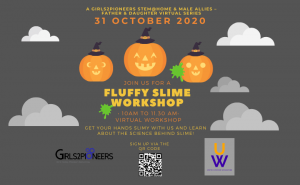 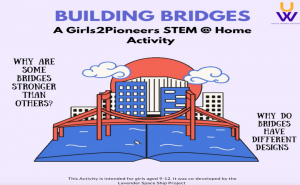 From a young boy’s perspective, the internet is a place you can escape to and are free to do whatever you want; but it is this exact freedom that can bring about many negative impacts. Being a young boy myself, I can speak on this issue truthfully and will focus on my experience with how gender is depicted in various places on the internet.

United Women Singapore is collaborating with KeyNote Women Speakers Directory to create a 3-part webinar series on the importance of STEM education in a post-pandemic world, featuring a panel of accomplished speakers. COVID-19 has given us a unique opportunity to put Science in the spotlight and make this a teachable moment, to […]

This activity comes from our very own Girls2Pioneers programme. ? Learn what it takes to

The first of our new STEM activities delves into the science behind food. ??? Gather